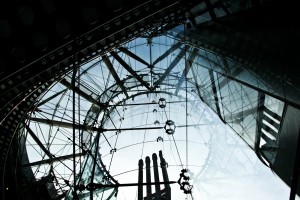 As part of the discussion and workshop on “Beyond Critique,” Lorenzo Zucca, Reader in Jurisprudence at King’s College London, writes about the definition of religion as it relates to Scientology. At I·CONnect, the blog of the International Journal of Constitutional Law, he writes:

Scientology is a religion: this much is clear in the UK Supreme Court’s December 11 ruling in the high profile case of Hodkin v Registrar. The facts of the case are simple. Mrs. Hodkin wants to get married in Church with her fiancé. The only problem is that the Church of Scientology is not registered as a place of worship according to the Place of Worship Registration Act 1855 (PWRA). Moreover, a 1970 precedent of the Court of Appeal (Segerdal) ruled that Scientology is not a religion because it does not believe in any God (Lord Denning), and in any case it does not worship in a manner that can be compared to any other established religion (Winn & Buckley LJ).

Last week, the UK Supreme Court overruled its precedent in a clear and forceful way. Scientology is a religion and its premises should be registered for the purpose of solemnizing a religious marriage. This result is not surprising and largely expected. It seems to be the correct result since there was no readily available principled reason to exclude Scientology from a religious benefit that applies to all other religions.