More takes on the Office of Faith-Based Community Initiatives

For those of you following The Immanent Frame‘s off the cuff discussion of the new State Department’s office of religious engagement, officially announced as the Office of Faith-Based Community Initiatives, another perspective can be added into the mix. Mark Silk, blog author at Religion News Service, and Professor of Religion in Public Life at Trinity College, offers his optimistic take on the new State Department initiative and highlights several of the original contributions from The Immanent Frame: 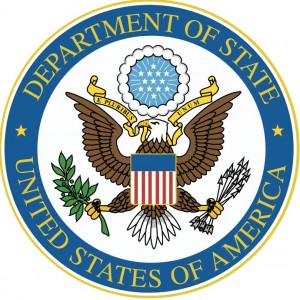 Behind the criticism is the assumption that this initiative builds on what the State Department has been doing in the religion area since the 1998 International Religious Freedom Act (IRFA), which created a special ambassador for religious freedom; mandated an annual report on religious freedom around the world; and established an independent Commission on International Religious Freedom….IRFA has done little more than make the U.S. the common scold of what we consider infringements of religious liberty, with the Commission scolding more and the State Department scolding less. The ambassador has been a free-floating and largely ineffectual figure. Indeed, as Thomas Farr, who directs a religious freedom project at Georgetown, testified before a House subcommittee in June, IRFA has done nothing to advance the cause of religious freedom since it became law 15 years ago….I say the purpose of the State Department’s new office is to shift away from IRFA’s denunciatory modus operandi and to chart a more cooperative path when it comes to religious actors around the globe.

Whatever the State Department does in the field of religion will be more measured and formal. How much can it really achieve? If State were already active in the world of faith, would that really help parts of the world like Egypt where religious passions (along with many other passions) are playing out at a pace that far outstrips the stately rhythms of diplomacy? When mobs are burning churches or lynching alleged blasphemers, it’s too late for the diplomats. But it may still be worth cultivating robust long-term relationships with religious players, in the hope that when crises begin, they can be nipped in the bud. And there may well be situations where American officialdom cannot for political reasons speak directly to governments or groups which practise violence, but can usefully talk to their spiritual mentors.