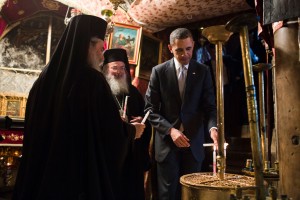 In late July, The Immanent Frame published a set of reflections on the Department of State’s plans for a new office dedicated to engaging religion. Following an official announcement by Secretary Kerry on August 7th, scholars and policy commentators have continued to weigh in on the implications, challenges, and potential of the new Office of Faith-Based Community Initiatives.

At The Washington’s Post, Susan Hayward, a senior program officer in the Religion and Peacemaking Center of Innovation at the U.S. Institute of Peace, offers her suggestions, including an interfaith approach, for a successful office:

At the United States Institute of Peace (USIP), we have researched how religion drives both conflict and peace, and we’ve engaged the religious sector in conflict zones for nearly two decades. From Colombia to Nigeria to Iraq to Burma, we have supported efforts by religious groups and leaders to mobilize communities against violence, spur reconciliation, heal trauma, challenge extremist religious narratives and push for policies that drive sustainable peace.

Through the course of our work on religion, we have identified key lessons which may help the new office make the most of its mandate while avoiding potential pitfalls.

Erin K. Wilson, a contributor to the initial exchange at The Immanent Frame, follows up on her comments and responds to other contributors at The Religion Factor:

The effort to open up spaces for religious voices and perspectives in areas of pressing global concern addresses a significant gap and may in some ways be seen as an attempt to address the secularist bias in International Relations. Yet the institutionalization of religious engagement in this way also raises the potential risk of formally institutionalizing deeply embedded assumptions and approaches to religion that may in the end undermine the work the new office is attempting to perform. Several scholars have already highlighted some possible dangers, as part of a discussion forum at The Immanent Frame. I don’t wish to repeat their excellent observations, but rather expand and add to the discussion. 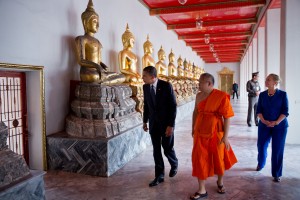 At Religion Dispatches, Melani McAlister questions the inclusivity of the project:

In addition, through the new office, the US is also likely to directly support groups that promote particular interpretations of their own religion—specifically those that are friendly to US policy. Here, “moderate Muslims” are first on the list. As Elizabeth Shakman Hurd has pointed out, the decision of which groups to support, with funds and perhaps visits from the Secretary of State, is fraught in ways that US policy barely acknowledges.

Throwing US power and money behind some groups and not others may exacerbate religious or other conflicts, and certainly can affect the self-definition of people who quickly figure out the lay of the land. I saw this first-hand when I interviewed Sudanese refugees in Egypt in 2006; they were quick to realize that being a “persecuted Christian” was a good idea if you wanted to get asylum status or help from UN programs.

Clearly this model of church-state separation works well in the U.S. It’s part of the country’s history and tradition and has great integrity. But abstract it from its context and try to lay it down over other nations’ traditions, and it causes trouble. Worse, it threatens to disrupt the very religion-state engagement the State Department initiative seeks to promote. Let me illustrate in relation to Europe.

Europe’s historical entanglement with religion is deep and ancient. In fact, the very idea of “Europe” is a product of Christianity’s attempt to bring unity to this region under the auspices of the Holy Roman Empire. Moreover, the rise of European nation states in the early modern period is bound up with the contemporaneous creation of national churches. In other words, in the form in which we know them today European states and churches birthed one another. Only in combination did they have the economic, bureaucratic, and cultural capacity to create unified territorial polities.