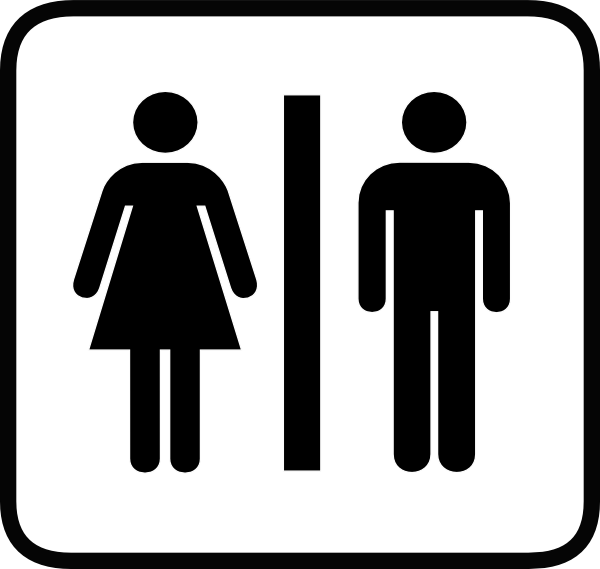 In Brandon’s narrative about his professor, the stick figures on the bathroom door represent an ideology of gender, a hetero-normative and segregating one—that has been thoroughly critiqued. For some people, those symbols are repressive because they are a negation of a sexual identity that does not fit neatly into either “male” or “female” categories. It is precisely because this non-gendered or anti-gender position is a minority perspective that the usage of gender symbols on a bathroom door is easily characterized as functionally necessary. The point is that the “reductive” category itself is not without power, even if the application of that power disturbs a relatively small percentage of people while appeasing the needs of the majority.

That power to demarcate and to classify people is no less present when the category ‘religion’ is used selectively to describe certain groups. As we debated during the workshop, any discussion as to whether the category of religion should be used cannot be isolated from a discussion about how it is used and by whom. In our contemporary discourse, the category of “religion” is regularly used to delegitimize groups. It is consistently religious commitments that are the subject of scrutiny or critique, whereas secular or neoliberal commitments are not. This was precisely what animated the debate during the workshop about Ron Osborn’s typology of violence: why describe it as specifically religious if it includes ideologies in general? Indeed, the very usage of the label “religious violence” legitimates an ideological position—a dominant one in our context—that validates secular or neoliberal state violence. (See William T. Cavanaugh’s “Colonialism and the myth of religious violence,” in Religion and the secular: historical and colonial formations.)

There are reductive categories—such as the “dark ages,” Brandon’s example—that have been and should be abandoned in scholarly discourse because the terms are inherently pejorative. But there are other terms—such as religion—that, while not explicitly denigratory, can very rarely be used without legitimating a deeply problematic political position. The issue is ideology and not only oversimplification. Analytical categories cannot be disentangled from political discourse.