On the occassion of the final broadcast of “The Oprah Winfrey Show,” Kathryn Lofton reflects, in an On Faith article, on what Oprah was: 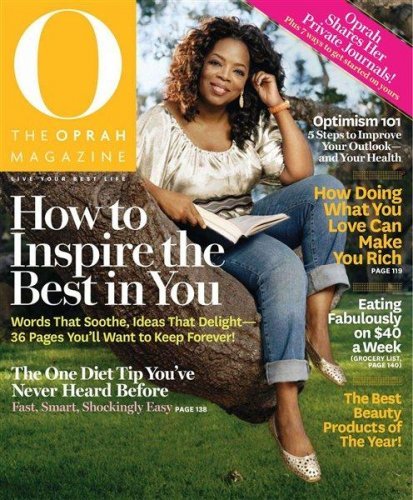 What was Oprah? In the wake of her daily talk show’s final episode, millions of viewers worldwide will ask this question, and they will have many different answers. They will say that she was a person, a product, and an emblem. They will say that she suffered and that she triumphed over suffering. That she was incomparable and that she was just like us. What made Oprah Winfrey become Oprah was her ability to make her particular person something usefully universal for everyone. The revelation of her programming was herself.

Oprah was an exclamation, an exhalation, and an aspiration. She was an example that inspired people to leave an abusive husband, to start a new business, and to wear better-fitting bras. The bra and the business plan were not contradictory elements of a good life. They were, in Oprah’s world, entwined elements of your spiritual revolution, each manifesting the positive effect of the other. In Oprah’s world—in the world Oprah created—feeling good is how everything changes. Feeling good is the beginning of weight loss, of the end of addiction, of the start of your wildest dream. If you are fat, if you are poor, if you are struggling, and if you are sad, Oprah said, repeatedly: I understand. She then pressed: you are the beginning of your best life.

Many of the ideas Oprah advocated are familiar to historians of religion, economics, and politics. The difference between Oprah and her precursors was her peculiar historical moment, wedged as she was between the Pepsi generation and their millennium progeny. Unlike the messiahs, prophets, and mountebanks that preceded her, Oprah presided over an age in which her viewers could imagine that they occupied a world in which they have endless option and unlimited freedom. She named an ideal life for herself and then exposed herself as imperfect in its pursuit.

“The false messiah is as old as the hope for the true Messiah,” wrote Jewish theologian Franz Rosenzweig, “He is the changing form of this changeless hope.” The end of Oprah is perhaps the end of Oprah, but it is hardly the end of the hope she represents. The success of OWN will be contingent upon Oprah’s physical disappearance. She must become a brand that does not require her physicality to endorse its utility.

How now will we know our best lives? After Oprah, first-person narratives have become indispensable products. After Oprah, all purchases possess spiritual possibility. After Oprah, celebrity seems a prerequisite for statecraft. Knowing what a best life is amid such change will not be easy. Yet it is within the difficulty of self-knowledge without commercial break, and without temporary makeover, that we may begin to address the brokenness that brought us to Oprah in the beginning. Options remain abundant, and we may find another to replace her. Or we may start again the hard work of change, together and alone.

Read further thoughts from Lofton at CNN’s Belief Blog and at NYDailyNews.com. Lofton is the author of Oprah: The Gospel of an Icon, which has been the subject of ongoing debate here at The Immanent Frame.