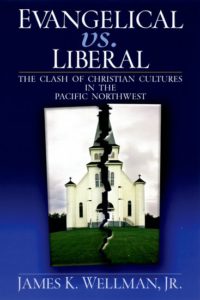 One of the questions that plagues my study of American religion is why there is such a frequent close correspondence between American Christianity and war making. This question displays my own liberal Protestant belief that violence should always be a last resort, and that churches and religious leaders should not be in the business of cheerleading for war. After studying American religion for two decades, I should know better—liberal, mainline, and conservative Protestants have all done it, and yet, I keep asking why. Now of course, there are the exceptions. My recent favorite is Jeremiah Evarts, a Christian Congregational missionary who courageously fought against Indian removal and, in particular, against Andrew Jackson’s terror toward the Cherokee (see Jon Meacham’s American Lion: Andrew Jackson in the White House). Needless to say, Evarts failed to stop the carnage, but his voice was strong for justice.

A more contemporary counter-example comes from an unlikely source. Bill Hybels, the pastor of Willow Creek Church in Illinois and one of the godfathers of the megachurch evangelical movement, preached a sermon on the eve of the Iraq War, called “Why War?” He laid out three approaches to war—realism, just-war theory, and pacifism. He encouraged his congregation to re-examine their own thinking in light of these alternatives. In the process, he identified himself as a pacifist. In the white evangelical community, this position was a profile in courage, and few followed.

I pursued this question in my recent research, investigating the relation of Pacific Northwest Christianity and the Iraq War in Evangelical vs. Liberal: The Clash of Christian Cultures in the Pacific Northwest. In interviews with nearly 450 evangelicals and liberals, covering a wide range of issues, many of the responses made me think that, at least in American Christianity, support for war is hardly inconsistent with faith, whether one is politically conservative or liberal.

I use the label evangelical and liberal based on an inductive method in which individuals self-identified around a consistent range of traits. Evangelicals embodied a specific set of beliefs and actions—Jesus as Lord and savior, a need to share the faith, the full authority of scripture, the blood atonement of Christ, and a strong belief in the goodness of the American economic and political system. Liberals were less demonstrative about their faith, more inclusive in their spiritual beliefs and actions, more private in their religious activities, and less expressive in their support for America, as well as cautious about mixing religion and politics. Nevertheless, despite the occasional criticism of the Iraq War by some liberals and a handful of evangelicals, there was little real action taken to stop it.

Indeed, liberal pastors for the most part stood on the sidelines of the Iraq War. They felt that it was their task to be informative but neutral on the issue and to allow their congregants to make up their own minds. Two out of the ten liberal pastors made strong critiques of the Iraq War, criticizing it as an unjust preemptive attack as well as arguing that the war went against a Christian just-war ethic, but this critique was muted publicly. Liberal lay people exemplified similar neutrality, with a few exceptions, questioning the statements of President Bush but also not going very far to oppose the war. If there was opposition, it was against the evangelical community. As a liberal lay leader said, “[Bush’s] God is a God of war, my God is a God peace.” God in the liberal tradition is a God who seeks reconciliation, who includes all and is hospitable to the stranger and those left out. Liberals attacked evangelicals on the ways in which God becomes the “head of the spear” in evangelical theology, whether God is deterring evil, judging immorality or fighting a cosmic war against evil regimes. Liberals found this talk “primitive” at best.

Conversely, most evangelicals came out strongly for the war without much prodding. The majority of evangelical respondents self-identified as Republicans and were strong backers of President Bush. Their reasons were based on the righteousness of the cause in Iraq, trust in the commander-in-chief, potential for a Christian mission in a Muslim country, and the need to name evil and deter it at whatever price. It was at times inspiring to listen to them as they would say that, as parents, they felt that it was their duty to send their sons and daughters for this cause. As one evangelical pastor said, “In the evangelical world, patriotism is still a high value, sacrificial patriotism.” Indeed, while several liberals spoke about the “real reasons” the United States went to war in Iraq as having to do with “oil and war-profiteering,” evangelicals were certain and glad that the commander-in-chief was leading them to pay the “ultimate price” for the sake of “liberating an oppressed country from an evil dictator.” Many evangelicals were dedicated to the idea that the United States had a “God-given” responsibility to “give itself” for the sake of others in the world.

The evangelicals in my study demonstrated a dedication to faith and a willingness to serve others in concrete forms that overshadowed and even dwarfed the service of liberals in my study. What I expected from liberals was a strong prophetic voice of justice, but I largely experienced muted complaints, often directed against Bush and the war but frequently about evangelicals. And while I often agreed with liberals in their general stance against the war, I was disappointed with the ineffectual public stances and, indeed, their tendency to talk about justice and service as opposed to doing much of it.

I have sometimes thought to myself, since doing this research, that if I were the commander-in-chief I could find no better ally than white evangelicals. Their extraordinary sacrificial loyalty to God and country buoyed the national will to invade Iraq. At the same time, as a Christian who sees little support for war making in the New Testament, I wonder why there isn’t more critical discussion among evangelicals and liberals about American state-sanctioned violence.  Of course, people of good conscience can disagree over the justice of the Iraq War, but surely in the spirit of Evarts and Hybels, we could have done and could do much more to question the Christian basis of state-sponsored violence. And it seems to me that America, even under a Democratic president, will continue to make war. Since we are nation dominated by followers of Jesus Christ, I wonder: how can this tendency to support violence be a normal attribute of a nation so evidently loyal to the one who is called the Prince of Peace?