Notes on a post-secular society 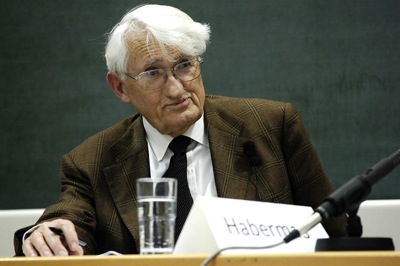 Particularly with regard to vulnerable social relations, religious traditions possess the power to convincingly articulate moral sensitivities and solidaristic intuitions. What puts pressure on secularism, then, is the expectation that secular citizens in civil society and the political public sphere must be able to meet their religious fellow citizens as equals.

Were secular citizens to encounter their fellow citizens with the reservation that the latter, because of their religious mindset, are not to be taken seriously as modern contemporaries, they would revert to the level of a mere modus vivendi – and would thus relinquish the very basis of mutual recognition which is constitutive for shared citizenship. Secular citizens are expected not to exclude a fortiori that they may discover, even in religious utterances, semantic contents and covert personal intuitions that can be translated and introduced into a secular discourse.

Read the full article here. For more on Habermas, secularism, and religion, see The Immanent Frame’s ongoing discussion of religion in the public sphere.