Spoken out loud, the title “Heathen, Hindoo, Hindu,” makes you pause. The repetition to the ear draws your eye to the spelling differences. This, in itself, is part of the point of Michael Altman’s Heathen, Hindoo, Hindu: American Representations of India, 1721-1893, a concise and thoughtful examination of American thinking about religion and India in the nineteenth century. Here, Altman sets out to understand how the categories of “heathen,” “Hindoo,” and “Hindu” were constructed by American readers and thinkers, and he finds that there were indeed important and revealing differences in “Hindoos” and “Hindus.” Those differences, as Altman reveals, tell us a lot about religion in the United States.

This is not, in other words, a book about Hinduism or religion in India as such. It is, rather, a book about how Americans talked about India and its religion, and the ways that their discussions contributed to broader debates about what religion was. Altman brings together a wide range of cultural treatments of India and its religion in the eighteenth- and nineteenth-century United States. The heathen, Hindoo, or (eventually) Hindu practices that were described in these writings were not, as Altman rightly points out, actually good reflections of anything particularly real that was going on in India. Rather, Americans joined British observers in constructing something that could be called “the Hindoo religion.”

Altman’s contribution to our historical understandings of American ideas about foreign religions is to note the ways in which this discussion of what religion was in India was also a discussion about what religion was in the United States. “What is religion?” is not a question with a clear-cut answer, of course. For Altman, it is the construction of that category that is so interesting. His genealogical study explores the complex, contradictory, and at times mutually constitutive representations of India that emerged in this period. The greatest strength of this book is the way in which Altman is able to carefully illustrate the ways that, through talking about foreign cultures and religion, Americans began by trying to define religion in India, but ended up spending much of their energy trying to define religion in America.

This exploration begins with the comparison of the Christian and the heathen worlds in the works of Cotton Mather and other early American writers. As Americans came to encounter India more directly as a site of trade, the depictions of India and its religion began to shift. Soon, more careful discussions of the “Hindoo” religion (sometimes spelled “Gentoo”) began to appear. As writers described this religion for American audiences, they relied upon Enlightenment definitions of religion, focusing on categories of texts, beliefs, and sects. Within all of these discussions, Altman suggests, whether explicit or implicit, the authors were comparing Hindooism with Christianity. Over the course of the century, the basic themes outlined in these early depictions would be developed, debated, and applied to new moments of religious questioning.

Throughout the book, Altman is able to call up fascinating moments in which issues in India came to stand in for issues in the United States. Altman chose these particular representations for the ways that they shared “connections with each other or with movements and events that historians regard as the major streams of American religion history.” The chapter on Raja Ram Mohan Roy and the Unitarian conflict in 1830s Boston is a particularly fascinating example of how Americans at home used events in India to debate the meaning and purpose of religion amongst themselves. Missionary writers such as Jedidiah Morse and Claudius Buchanan provided American readers with a picture of Hindoo religion that was “bloody, violent, superstitious, and backward,” and in need of the Gospel. It was, in other words, the opposite of “true religion,” which missionaries believed they themselves embodied.

Of course, not all Americans agreed with the missionaries’ self-assertions, as the conflict between Unitarian and Trinitarians revealed. Into their debate, India became an unexpectedly significant theme through the Unitarian embrace of Roy and his debates with Calvinist missionaries. Roy’s use of Vedanta philosophy and Sanskrit texts introduced American readers to a new depiction of India and created a sort of second front in the Unitarian controversy, with some going so far as to describe Roy as “plainly a firm and zealous Unitarian.”

It was not only Unitarians who made interesting and perhaps surprising use of India in their discussion of religion. Transcendentalists and theosophists, too, are the subjects of chapters that explore American thinking about universal religion and the occult, respectively. Throughout these discussions, Altman points out that Americans held two basic types of assumptions about Hindoo religion from as early as the 1830s. On the one hand, it was marked by heathen practices and was backward in important cultural ways. On the other hand, however, it was mystical.

For all of the benefits of thinking about the construction of these categories, there are questions that Altman’s research raises that his methods are not designed to answer. The relative significance of the various examples is hard to track. Reception can be difficult to measure, and in thinking about these different groups, one wonders if they had very different audiences. Perhaps the easiest place to think about impact here is in the third chapter, which examines textbook and magazine writing about India. Here, Altman argues that public schools and popular print culture both used depictions of India and its supposedly despotic religion to help create a national culture that enshrined morality and nationalism, as well as a certain kind of Protestantism.

But the question remains of how an American audience might have made sense of these multiple, at times competing, depictions. In the 1830s, for example, readers could learn about India in geography textbooks, transcendentalist works, or missionary publications. As the century progressed, new developments in American religious practice would further complicate the multiple ways that readers in the United States could come to learn about India and its religion. American missionaries, for example, operated in India throughout the century, and changes within the mission movement about the purpose and methods of missions led to a very different landscape by the 1893 World Parliament of Religions that ends Altman’s book. By this time, we see a very different set of missionaries from those depicted in the earlier chapters of the book, as was evident from their new set of ideas about Hinduism than their early republican predecessors. These missionaries of the 1890s recognized Hinduism as a world religion and could find features of Hinduism that they respected.

The genealogical approach of Altman’s study allows for rich explorations of particular moments in the history of US thinking about Indian religion, but does leave open the question of how we get from the missionaries of the 1820s to the missionaries of the 1890s. In between, Altman uses missionaries largely to depict a discourse of the past against which other groups (the transcendentalists and theosophists) would react. 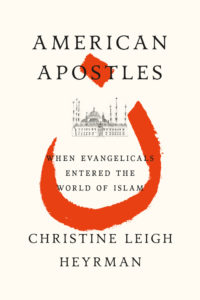 A useful point of comparison here might be Christine Heyrman’s American Apostles, which looks at early American evangelical encounters with Islam. Even as these are very different projects with different goals (Heyrman is not concerned with the “what is religion” question that animates Altman’s inquiry), both ask how Americans came to know what they thought they knew about (seemingly) foreign religions in the nineteenth-century United States. Most interesting in comparison to Altman are the ways that Heyrman examines which missionary stories about Islam get published, and which do not. Certain narratives captured the attention of an audience more immediately than others. Through self-censorship as well as the calculated choices of a missionary board that desperately needed donations in order to maintain its work overseas, a negative and fearful image of Islam dominated over a more curious and inclusive one. In its focused exploration of a few key figures, Heyrman’s work suggests both the benefits and the limitations of Altman’s approach. If Altman gives us a broader collection of writers and constructors of American depictions of foreign religions, Heyrman asks us to think more deeply about the readers and the forces that shaped which narratives were able to find an audience.

In Heathen, Hindoo, Hindu, Michael Altman provides us with a fascinating exploration of the many ways that different groups of Americans thought about India and its religion in the century before the World Parliament of Religions announced Hinduism as a world religion. Over those years, he finds, Americans constructed heathen and Hindoo categories that largely reflected their own needs and ideas about what counted as religion.

Emily Conroy-Krutz is an assistant professor of history at Michigan State University. She is an historian of nineteenth-century America specializing in global history of the early American republic. She has particular interests in American ideas about empire and the international dimensions of American religion and reform. Her first book, Converting the World in the Early Republic: Christian Imperialism and American Foreign Missions (Cornell, 2015) focuses on the American foreign mission movement and American imperialism.