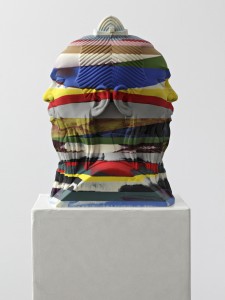 The larger project addresses American religious exceptionalism as it is manifested in the pivot point between domestic and foreign policy, in particular the ways in which distinctive understandings of religion enable different American religion policies “at home and abroad.” American religious exceptionalism is and has been realized, of course, through a variety of channels including, among others, the perennial political project of distinguishing good religion and bad religion, the jurisprudence of the First Amendment, and the work of religious communities themselves. To interrogate the religious politics of American exceptionalism at home and abroad, as this project does, is then simultaneously to question the naturalness of particular productions of binaries such as “religion/not religion,” “Christianity/not Christianity,” establishment/disestablishment, as well as to try to push beyond the institutionalized scholarly division of labor of the modern American academy. An important, and perhaps not yet fully understood, aspect of American exceptionalism is the notion that religion in America stands apart from the “universal tendencies of history, the ‘normal’ fate of nations, the laws of historical mechanics” (Rodgers 1998).

Enabling the inside/outside work of US religious exceptionalism is the common claim that Christianity, particularly Protestant Christianity and its cultural effects, is not religion, a claim that both distinguishes and naturalizes Protestant Christianity. Protestantism in its various forms can apparently choose to appear not as a religion but rather as the natural antinomian evangelical essence of America—having gotten rid of all that “religion” stuff, facilitating polemics against heathens, Communists, Mormons, Catholics, Muslims, and so on. These legal, political, ethnographic, and sociological processes contribute to powerful (though always shifting) distinctions between inside and outside, domestic and foreign, self and other, even civilization and madness (Foucault 1965).

The one-day workshop which produced these essays focused on “Theologies of American Exceptionalism,” asking participants to expound on an exemplary text (a link to those texts is found in each essay). These ranged from what might usually be regarded as explicitly religious texts, such as John Winthrop’s sermon aboard the Arabella and Khomeini’s Last Testament, to judicial opinions, such as that of the US Supreme Court articulating the doctrine of conquest, literary reflections on the Great American Novel, explicitly political engagements with theology, and academic writing on capitalism, consumption, and excess. What followed was an intense discussion of the deeply ambiguous heritage of US exceptionality, both in terms of the stories Americans tell themselves and the stories others tell of them, of what they do at home and what they do abroad—of those excluded and those in charge,—of whether and how the US is or ever was new and innocent—of revolution and the exception,—and of the credibility of the rule of law. Perhaps reflecting the current political climate, much of the discussion, while not centered on the US presidential election, elaborated on the indeterminacy, elusiveness, and provisionality of the US project. Lingering questions concerned the nature and status of sacrifice, sovereignty, and supersessionism in the American context.

These essays are offered not as a summa on the subject but as an opening bid to a conversation. The authors welcome responses.

Noah Salomon on Noble Drew Ali, “A Warning from the Prophet in 1928”
Spencer Dew on The Last Will and Testament of Imam Khomeini

Shaul Magid on Arthur Cohen, “The Myth of the Judeo-Christian Tradition”
Stephanie Frank on the “Introduction” to Paul W. Kahn, Political Theology: Four New Chapters on the Concept of Sovereignty