Politics and the “People’s Pope” 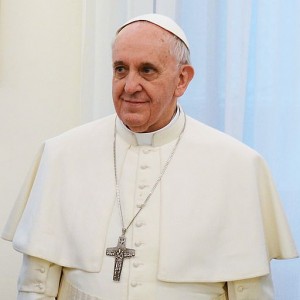 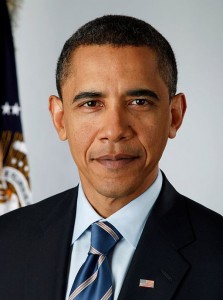 Last Friday, Politico Magazine published an article on Pope Francis, his approval ratings, and ways that our President could learn from His Holiness’ example. Pope Francis was elected to the Papacy on March 13, 2013. Ten months later, we’ve begun to get a more detailed understanding of the man who is now, in some circles, being referred to as the “People’s Pope,” particularly because of his focus on poverty and his efforts to be both more visible and more accessible to his followers than his predecessors. Though perhaps not surprising, given his decision to take the name “Francis” upon his ascension to the papacy, it is still notable that the most powerful man in the Catholic Church frequently breaks security protocol to enter crowds of followers and take “selfies” with crowd members.

His utter lack of conceit has won him a legion of fans…It’s not that Francis is a centrist or that he lacks a core message; it’s that his core message is the exercise of charity. And in his case, the medium really is the message.

The Politico article, written by Candida Moss, posits that President Obama might have a thing or two to learn from Pope Francis, who she believes has figured out the secret to being a successful political figure: by persuading the world that he (Francis) isn’t a political figure, he has become one of the most influential men in the world.

In December, President Obama quoted Pope Francis in a speech, and Moss points out the similarities the two men share:

Their elections were both historic firsts—Obama as the first black U.S. president, Francis as the first pope from Latin America and the first Jesuit to occupy the throne of St. Peter. Both preside over deeply divided constituencies and institutions that have been plagued by scandal and bureaucratic incompetence. Both were initially media darlings who charted an unlikely path to power, and whose ascension was heralded as ushering in a hopeful new era.

Despite these similarities, Pope Francis’ approval ratings are in the high 80’s, more than double those of President Obama. Moss suggests that Obama should take note:

And yet there is much that Obama—who has never lacked for confidence and whose White House is notoriously insular and on-message—could do to emulate Pope Francis’s humility and accessibility. Inviting Senate Democrats to join him for a drink, as he did this week, was a nice gesture of outreach, but the fact that it was newsworthy indicates how rare a step it was.

And as clichéd as it sounds to say that the president needs to lead by example, this is in fact how Francis does it. What other world leader has such clarity of message? The pope’s words are supported by impeccable conduct, not bloodless argument. When Francis puts his notes aside on the balcony at St. Peter’s or stays for a few more handshakes with the crowds, there’s something there for Obama to think about.

You can read more about Pope Francis’ election here, and the full text of the Politico article here.