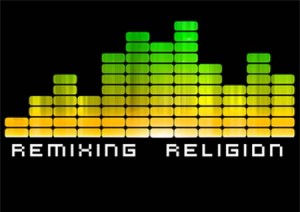 Religions mix. Scholars of religion have employed a variety of terms to describe the processes and results of religious mixing, including syncretism, hybridity, creolization, bricolage, transculturation, and blending. Although some of these terms are useful conceptual tools, at root they replicate problematic binaries or reduce religious mixing to contagion. Many of these terms have scurrilous histories of application, often to silence marginalized voices, impose unity, and fortify institutional power. The debate over terminology—even when used “neutrally”—detracts from the creation of more nuanced models of religious synthesis. A new approach is needed….

We welcome papers suggesting new models for the study of religious mixing, drawing on data from all time periods and geographic locations. Topics to consider include, but are not limited to: Hellenistic Judaism, Roman evocatio, religions of late antiquity, the three teachings in China, religions in the Atlantic world, Japanese new religions, theosophy, Unitarian Universalism, and global Pentecostal movements. Participants are expected to use evidence from their areas of specialization to inform a more general dialogue about terminological and theoretical problems and horizons in the study of religious mixing.

Please send paper titles and abstracts (300 words or less) to RemixingReligion@gmail.com by November 27, 2013. In your submission, please include your name, institutional and departmental affiliation, and email address. See here for more information.