CFP: Histories of Sexuality and Religion in the 20th Century United States 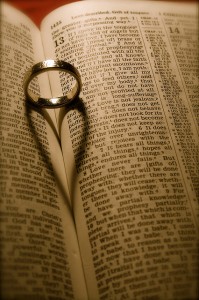 Editors Gillian Frank (Stony Brook University), Heather White (New College of Florida), and Bethany Moreton (University of Georgia) have issued a Call for Proposals for a new anthology on Histories of Sexuality and Religion in the 20th Century United States.

“The time has come to think about the intertwined histories of religion and sexuality in the 20th century United States. In this twenty-fifth anniversary year of D’Emilio and Freedman’s landmark Intimate Matters, the study of the history of sexuality has become one of the most exciting and challenging areas of intellectual inquiry. Historians have investigated how sexuality has been central to the political, social, and cultural history of the United States. Yet few historians of sexuality have attended to the important ways that religious practices, identities, beliefs, institutions and politics have shaped sexual politics, sexual communities and sexual identities over the course of the twentieth century. Likewise, historians of religion in the twentieth century have only recently begun to account for the changing meanings of sexuality to religious identities, politics, practices and beliefs. To that end, this anthology is accepting proposals for historical scholarship that places the categories of religion and sexuality at the center of its analysis in order to map the interrelation of changing religious and sexual landscapes. We welcome chapters—new or previously published in article form—that take religion as a starting point for rethinking American sexual history and sexuality as a starting point for rethinking American religious history.”

The deadline for abstracts (maximum 500 words) is October 1, 2013. Please include a 1-page CV with your submission. All entries should be emailed to sexualityreligionhistory@gmail.com and authors will be notified of decisions by January 2014. The due date for completed drafts (between 5,000 and 8,000 words) is September 1, 2014.