Preaching after the Trayvon Martin verdict 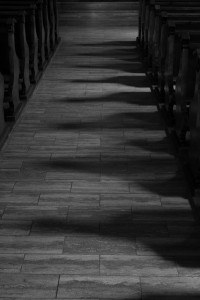 Saturday’s verdict in the case of neighborhood watchman George Zimmerman, who stood trial for the shooting death of 17-year-old Trayvon Martin in Sanford, Florida, has ignited a renewed inquiry into religion’s role in reconciliation, reflection, and response. The criminal case sparked protests and a national conversation about race relations, gun violence, and vigilantism in the United States.

How can religion aid or complicate the ways in which people make sense of the trial and understand its social implications? George Zimmerman, who was once described as “very religious” by a neighbor and who cited God in his first televised interview in 2012, was acquitted of second-degree murder and manslaughter. Since the verdict, religious centers across the country have become spaces for healing, prayer, and process for religious members of different faith communities. Across the internet, other commentators discuss the verdict’s implications on how they comprehend God, the law, and their responsibility in society.

At Religion Dispatches, Elizabeth Drescher writes about her wariness to attend her predominantly white church after the trial. Drescher, a contributor at the Social Science Research Council and grantee of the New Directions in the Study of Prayer Project, offers her understanding of the Church’s lesson of the Good Samaritan and the role of privilege:

The parable, thus, is not the “love everyone equally” message that we usually enjoy hearing because, in the end, it asks very little of us. Rather, it sets a clear priority that makes those of us who benefit most from American cultural and market systems uncomfortable: from each according to [their] ability, to each according to [their] need. I’m not meant to feel good at the end of the story, to feel comforted. I’m not meant to feel that the parable is “helpful” to me. I’m meant to feel indicted along with the legal expert “seeking to justify himself,” the bandits on the road, and the smug élites who pass by the wounded victim while posting links to savvy articles in the New Yorker and the Atlantic on the verdict in the Trayvon Martin murder trial.

Reverend Dan Webster focuses on a different aspect of the Good Samaritan account in his post-trial sermon. In his commentary at Religion News Service, Webster discusses the relationship between a good follower of Jesus and the system of laws that govern him:

Luke tells us a Samaritan, an outcast, shows mercy and cares for the victim. Jesus tells the lawyer, “Go and do likewise.” Really? Go and act like a Samaritan? The lawyer must’ve walked away shaking his head. It doesn’t make any sense.

So much of what Jesus says makes no sense to us. He continually urges his followers to overlook rules, customs, even laws in order to be brother and sister to one another. He repeatedly uses outsiders — Samaritans, the man possessed by demons, the Roman centurion — to get his listeners to open their minds and hearts to people of difference.