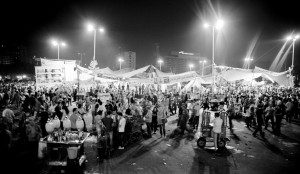 The public protests and ouster of elected Egyptian President Mohamed Morsi by the Egyptian military, followed by the appointment of interim President Adli Monsour, left Egypt with continued protests, violence, and an uncertain future for the Muslim Brotherhood in Egypt and for Islamist politics across the Middle East. After the removal of Morsi from power, Muslim Brotherhood supporters were caught in a deadly gunfight with soldiers when a sit-in of support turned violent, leaving more than 50 dead and 400 wounded. The suppression of dissent initially suggested a restoration of authoritarian practice and a return to the status of an oppressed minority for the Muslim Brotherhood. Al Nour, an Islamist minority group, initially backed the military’s removal of Morsi, leaving the future role of Islamist politics in Egypt uncertain. The following roundup culls the various religious and political motivations, as well as interests of multiple parties, both within and surrounding Egypt.

The Muslim Brotherhood, a long-persecuted political and religious group in Egypt, won the presidency and the majority of the parliament through slim majorities, and was never able to overcome the distrust of the Egyptian secularists. Ed Husain at The New York Times writes that the experiment of the Brotherhood and Morsi with consensual government was a bold attempt at Islamist politics within a secular, democratic system. Morsi received the support of conservative clerics, and by removing the legitimately elected leader, interim and later elected leaders will be perceived by the clerics as illegitimate, fueling their resistance to a secular system of government. If the Brotherhood is repressed and unable or unwilling to participate in the political future of Egypt, authoritarian violence and suppression may fuel the support for radicalism in the region. Other Islamist groups, such as the ultraconservative Salafis of whom the largest party is Al Nour, will weather this crisis successfully by maintaining their Islamist credentials and independence from the Muslim Brotherhood, argues William McCants in Foreign Affairs. McCants asserts that another Salafi party, the Islamic Group’s Building and Development Party, was less adept at navigating politics; by tying themselves to the Muslim Brotherhood, they have lost their previously powerful benefactor. Some Salafists have argued that politics is futile and wish to return to violent means of achieving their goals; Ansar al-Sharia, which has formed a new militant organization in the Sinai region, is acquiring weapons to pursue its Islamist agenda. Khalil al-Anani, a political analyst cited by Al Jazeera, believes that the Islamists will have to regroup, change their ideologies, and reconcile their divisions before political Islam can be a force in Egypt again. However, supporters of Morsi and the Muslim Brotherhood have continued to express support and solidarity through massive ongoing protests in the Rabaa al-Adawiya Mosque square in Cairo, presenting a visible protest to the military appointed leaders and demonstrating the resiliency of Islamist support in Egypt. 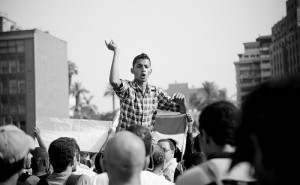 In addition to the troubles that various Islamist groups in Egypt have encountered, Al Jazeera highlights the inconsistency in speech and actions of Egyptian secularists, pointing out that human rights and civil values were blatantly disregarded during the removal of Morsi and suppression of his supporters. Other groups weighing in on the recent events include Egypt’s Coptic Christians, whose Pope Tawadros II expressed support for the removal of Morsi and solidarity with the military leadership. Mina Aboud Sharween, a Coptic Christian priest, was shot dead in the Northern Sinai, which has been described as the first sectarian attack since the ouster of Morsi. Continuing attacks on Coptic Christians since the death of the priest suggest possible retaliation for Pope Tawadros’ support of the military’s recent actions. Meanwhile, Israel has quietly watched the turmoil, comforted by the military taking a dominant role in the situation, yet deeply concerned over the hostility of the various Islamist groups and the unrest and violence in the Sinai. Hamas, an offshoot of the Muslim Brotherhood in Gaza, has also carefully observed the recent news quietly, though the Rafah border crossing with Egypt, tunnels out of Gaza, and unrest in the Sinai will likely be of greatest concern to Hamas. Aid packages from Saudi Arabia, the United Arab Emirates, and Kuwait totaling $12 billion suggest the readiness of other regional players to vie for influence in the future non-Islamist Egypt, whereas Qatar and Turkey, who were patrons of Morsi’s Muslim Brotherhood, will now need to seek other avenues of influence within Egypt.

For ongoing news and analysis of the unrest in Egypt, see the coverage in Al Jazeera, BBC News, and The New York Times.