At Religion Dispatches, Alan Senauke writes about Time magazine’s July 1st issue and its consequences in Burma. The international print edition of Time featured fundamentalist Burmese monk Wirathu on the cover and the title “The Face of Buddhist Terror.” The front cover has prompted several countries, including Burma and Sri Lanka, to ban the issue. In his essay, Senauke explores the Time controversy in the context of growing conflict between the country’s Buddhist and Muslim populations. Senauke writes: 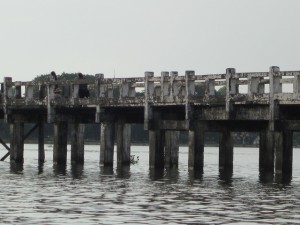 Religious and ethnic confrontation in Burma challenge cherished ideas of Buddhism and religious fellowship. For those of us inside and outside Burma who have long supported the nonviolent movement for democracy and human rights, this is a disappointing fact.

Recently two days of violence between Buddhists and Muslims in Lashio—the largest town in Burma’s Shan State, near the Chinese border—have left a mosque, an orphanage, and many shops destroyed by Buddhist-identified mobs roaming the streets on motorcycles. Three hundred Muslims have taken refuge in a local Buddhist temple, thousands have fled, and the count of dead and injured is still not clear.

Read the entire essay here. Wirathu’s response to the cover story can be read here.