Citizenship and minorities in Egypt

Over at Jadaliyya, Mona Oraby addresses the relationship between religious affiliation and national belonging in an article on citizenship debates in Egypt. She writes: 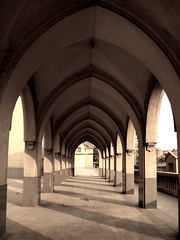 Clashes over the Khusus killings in Egypt are the most recent of a long list of tragic sectarian episodes since 2011. Paul Sedra is right that “the impulse to lay the blame for this sectarianism at the feet of the Muslim Brotherhood is strong and…not without justification.” It is small wonder that the Brotherhood’s hyper-politicization of religion and religious difference at this juncture in Egyptian history would enable the radical escalation of conflict between individuals during what might under other circumstances be rudimentary or even banal interactions.

In Sedra’s estimation, the tendency to look upon Coptic Christians in Egypt as members of a unitary and unified community, led by the Coptic Orthodox Church and in need of protection, perpetuates Copts’ status “as a distinctly sectarian constituency.” For the first time in Egypt’s history, the Church is constitutionally designated the warden of Coptic Christians in matters of personal status irrespective of an individual’s self-proclaimed affinity with the Patriarch. The drive to link religious affiliation with Egyptian identity, Sedra contends, hinges on the issue of citizenship and the idea that Copts are not fully Egyptian. This designation prohibits their appearance as “equal before Egyptian law and the Egyptian state to their Muslim compatriots.”

In light of these considerations, Sedra asks provocatively: “Has citizenship got a future in Egypt?” Sedra claims that “important conversations about citizenship simply are not happening in post-revolutionary Egypt” and “in the few places where they have occurred, conversations about Egyptian identity have remained strikingly unsophisticated and ill-informed.” Is the future of Egyptian citizenship really this bleak?