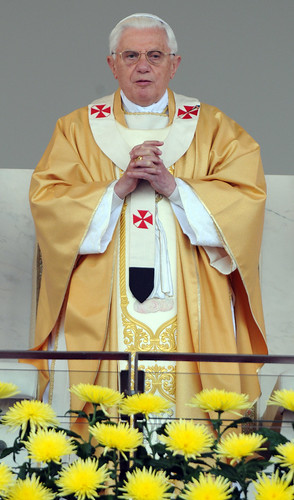 In a surprising announcement, Pope Benedict XVI stated on Monday that would resign at the end of the month. The declaration in part reads:

I have convoked you to this Consistory, not only for the three canonizations, but also to communicate to you a decision of great importance for the life of the Church. After having repeatedly examined my conscience before God, I have come to the certainty that my strengths, due to an advanced age, are no longer suited to an adequate exercise of the Petrine ministry. I am well aware that this ministry, due to its essential spiritual nature, must be carried out not only with words and deeds, but no less with prayer and suffering.

Benedict XVI would be the first Pope to resign since Pope Gregory XII in 1415 as a result of the Western Schism. His resignation has prompted much discussion over his ultimate legacy, as well his potential successor and the future of the Catholic Church.