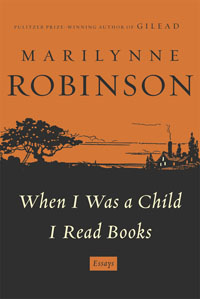 Joe Fassler interviews writer Marilynne Robinson after the publication of her latest collection of essays. The interview was published by The Atlantic alongside a review of Robinson’s body of work. The discussion touches on religion, human perception, the importance of fiction, and the draw of sacred texts. Robinson  is especially critical of the framing of a science vs. religion debate and, as a “profoundly religious person,” is also “a great admirer of secularism”:

How has it been for you being a profoundly religious person who’s spent much of your life in the mostly secular university setting?

I’m a great admirer of secularism. At its best, I think it’s one of the best things that we have. I don’t believe in insinuating religion into conversation. I don’t believe in excluding it from conversation. I enjoy the fact that people’s innermost thoughts are their own. I think actually that writers tend unusually to have a religious aspect to their thinking, whether or not they’re formally religious in any way. I never feel isolated in this.

At the same time, it’s an inappropriate use of a classroom to exclude the possibility of religious thought, or to insinuate it. But any human situation is imperfect. People are on one side or the other. I think people who choose a religiously oriented education can get an excellent education of that kind. I like being in a larger environment. I’m already interested in what interests me almost to the point of obsession, and I don’t feel the need to be in a setting that reinforces it.

The idea that there are huge spaces in which everyone feels equally at home, and that everyone can choose within the vast ways of responding to religion or anything else, is excellent. It’s much too precious, should never be ridiculed or minimized.

Read the full interview at The Atlantic.