Nona Willis Aronowitz at GOOD Magazine asks what changes might occur when “1 in 4 millennials don’t identify with any religion.” 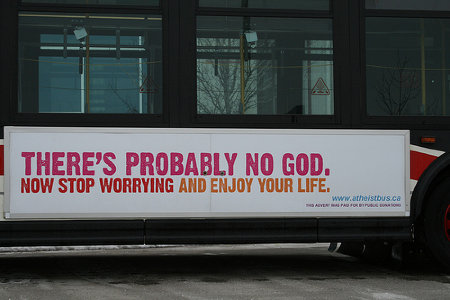 A major new Pew Research study, meant to track voting trends among generations, found that 26 percent of people ages 18-30 said they were unaffiliated with a religious tradition. That still leaves a lot of pious Millennials, but the percentage is the biggest number in history—and the biggest of any generation. An increasing number of young people are no longer banking on church to help our country through the recession, either. Forty-six percent of Millennials see religion as the “key to the nation’s success,” as opposed to 64 percent of Generation X, 69 percent of Boomers, and 78 percent of the Silent generation (ages 66-83).

This is a big deal, one that could fundamentally change who we elect and how we govern. There are periodic news stories about how many Americans think President Obama is a Muslim, and countless surveys about whether Mitt Romney’s Mormon faith will get in the way of his chances to become president. But only about 40 percent of Americans can identify Romney’s religion. Among the younger generation, the question may be whether we care about a candidate’s faith at all.