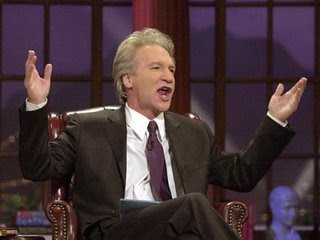 In his 2008 documentary (some might prefer to call it a mockumentary) Religulous, comedian and satirist Bill Maher wonders aloud why religiously unaffiliated Americans are not politically mobilized. Indeed, he issues something of a call to arms to this sector of the American population: “Anti-religionists must end their timidity and come out of the closet and assert themselves.” Although neither Religulous nor Maher’s views on religion in general necessarily reflect mainstream American attitudes, the question the film raises about why the religiously unaffiliated are not politically mobilized is well worth exploring.

In a likely reference to the Pew Forum on Religion & Public Life’s monumental 2008 U.S. Religious Landscape Survey, Maher notes that 16 percent of Americans classify themselves as what we might call “religious nones,” as they are unaffiliated with any organized religious body. Barry Kosmin and Ariela Keysar’s 2008 American Religious Identification Survey (ARIS) finds this figure to be even higher: 22 percent, according to their survey, are religiously unaffiliated. Self-styled atheists and agnostics are included in this category, but the overwhelming majority of Americans who are religiously unaffiliated state simply that they have no ties to organized religion. Over several decades, the percentage of Americans who classify themselves as “nones” has increased dramatically. This fact is a clear manifestation of the growing cultural acceptability of eschewing religious life altogether.

Of course there have always been Americans who have questioned or opted out of religion (Thomas Jefferson is among the most prominent religious doubters in American history), but the more widespread rejection of religion we see today is a rather recent phenomenon. Scholars have correctly noted that the real explosion in the number of religious “nones” occurred in the 1990s, when the percentage doubled.  However, in my mind the real roots of this phenomenon lie in the 1960s-era repudiation of traditional cultural values and institutions. Not only did the counterculture dabble visibly in non-Western religious traditions, many adherents also discarded religion altogether because they saw it as an anti-egalitarian, overly conformist relic of days gone by. I would contend that the counterculture of the 1960s pushed existent cultural limits just far enough to lay the groundwork for later growth in the social acceptability of opting out of religious life.

The sweeping changes of the 1960s also contributed in meaningful ways to the growth of evangelical Protestantism and the emergence of the religious Right, both of which are anathema to most of today’s religious “nones.” Evangelical Protestantism’s vitality owes much to its willingness to offer clear moral standards and answers to life’s most confounding questions in a broader American cultural context that can be alienating and confusing; the religiously unaffiliated prefer to travel with their own compasses rather than taking direction from traditional religious authorities. The religious Right burst onto the political scene in the 1980s as a reaction against many of the egalitarian impulses and policies that were born of the 1960s; the political tension between the religious Right and those who are not engaged in religious life goes without saying.

What characteristics, if any, do today’s “religious nones” share in common? Much like the ARIS survey, the Pew Forum survey reveals that the religiously unaffiliated are younger (nearly a third were under the age of 30), more likely to be male, and less likely to be married than the average American. They are scattered across the United States, with slightly fewer living in the South and slightly more living in the West than national averages would predict. In terms of education, income, and race/ethnicity, however, the unaffiliated almost exactly mirror the U.S. population. There also is no appreciable difference between the average American and the religiously unaffiliated in terms of how many children one has in the home.

Like the ARIS survey, the Pew Forum survey finds many religiously unaffiliated Americans expressing somewhat surprising points of view on religious matters. Six in ten are at least “fairly certain” of the existence of “God or a universal spirit,” while four in ten say religion is at least somewhat important in their lives and more than a third say they pray at least once a week. In short, many of the religiously unaffiliated seem best classified as religious skeptics, as asserted by Kosmin and Keysar, because many of them have not abandoned religion altogether.

Politically speaking, the religiously unaffiliated share a good deal in common. The Pew Forum survey reveals them to be more Democratic in their party affiliation, more liberal ideologically, more supportive of abortion rights and gay rights, and more concerned about environmental protection than national averages would suggest. James Davison Hunter argues in his classic 1991 book Culture Wars that Americans who are skeptical of religious influences on politics and public policy comprise much of the progressive side of our intractable battles over socio-moral issues. Such apparent political uniformity should suggest that religious “nones” could be mobilized for political action with relative ease. Yet, as Maher notes, this is not the case. Why, despite their many commonalities, are the religiously unaffiliated not a force with which to be reckoned in American politics?

First, it must be said that religious “nones” are not without political significance. Because the Democratic Party knows this constituency is by and large on its side, Democratic candidates have taken great care not to overdo religious rhetoric on the campaign trail. In recent elections, Democrats’ reluctance to “do religion” has given the Republicans a powerful strategic advantage among religious constituencies—an advantage upon which George W. Bush based the bulk of his 2004 reelection campaign. Democrats today are edging their way toward greater engagement of religious themes and constituencies, but they know they must tread lightly to avoid alienating their secular supporters. Moreover, prominent interest groups, such as Americans United for the Separation of Church and State give voice to some of the religious establishment-related concerns shared by many unaffiliated Americans.

But why is it the case that religious “nones” are not better mobilized? I would argue that the primary obstacle is the fact that the unaffiliated share no institutional mechanism in common (like a congregation) that puts them in the same physical place at the same time. Religious people are relatively easy to mobilize because they are easy to find. The unaffiliated are distinguished instead by their lack of ties to a particular institutional form. Moreover, the fact that many young people and unmarried people count themselves among the ranks of the unaffiliated is a political challenge. Age and marital status are empirically related to political participation, with older people and married people being more engaged in politics. Perhaps as the religious “nones” age—and as various political entities discover creative ways of mobilizing them—they will become a more potent force in American politics. For the moment, they are a growing constituency just waiting to be tapped. Whether they will respond to Bill Maher’s request that they “end their timidity and come out of the closet and assert themselves” remains to be seen.

Laura R. Olson is professor of political science at Clemson University. Her research focuses on contemporary religion, civic engagement, and American politics, with special emphasis on the political attitudes and behaviors of clergy. She is the author, coauthor, or co-editor of eight books, including Religious Interests in Community Conflict: Beyond the Culture Wars (Baylor University Press, 2007); Women with a Mission: Religion, Gender, and the Politics of Women Clergy (University of Alabama Press, 2005); Religion and Politics in America: Faith, Culture, and Strategic Choices (Westview Press, 2004); Christian Clergy in American Politics (Johns Hopkins University Press, 2001); and Filled with Spirit and Power: Protestant Clergy in Politics (State University of New York Press, 2000). She is also the author of many scholarly articles and book chapters, and she is currently working on a new book on the Protestant left in American politics.