A Jewish biography of Bob Dylan 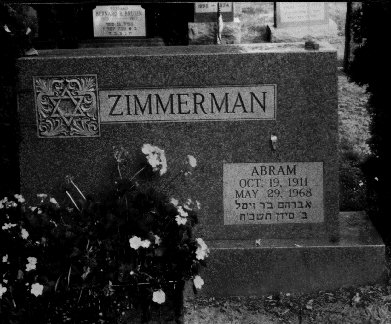 Of the writing of Bob Dylan books, there is no end. Over the years, works like Dylan’s Visions of Sin, Tangled up in the Bible, and No Direction Home have explored the metaphysical dimensions of Robert Zimmerman’s biography, including his flirtations with evangelical Christianity and Orthodox Judaism.

In a rare 1997 interview with the New York Times, Dylan confessed his faith in the sacred texts of the American songbook, calling them “my lexicon and my prayer book,” adding that “you can find all my philosophy in those old songs.” More recently, he has recorded his first Christmas album, leading New York magazine to call him “Bing again, not born again.”

Now, after all these years, somebody has written a “Jewish biography” of Bob Dylan. Summing up the thesis of Bob Dylan: Prophet, Mystic, Poet for The Jewish Daily Forward, Seth Rogovoy said that “Bob Dylan has in large part adopted the modes of Jewish prophetic discourse as one of his primary means of communication,” detecting a form of midrash in Dylan’s lyrics. For more on this intriguing work, see the Forward‘s full review.