In the New Republic, Amitai Etzioni argues that consumerism has become the organizing principle of American life and now is the time to supplant it with a new vision of the good life, potentially based on communitarian and transcendental pursuits: 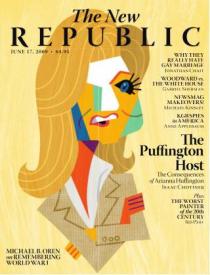 As for actually putting this vision into practice: The main way societies will determine whether the current crisis will serve as an event that leads to cultural transformation or merely constitute an interlude in the consumerism project is through a process I call “moral megalogues.” Societies are constantly engaged in mass dialogues over what is right and wrong. Typically, only one or two topics dominate these megalogues at any given time. Key recent issues have included the legitimacy of the 2003 invasion of Iraq and whether gay couples should be allowed to marry. In earlier decades, women’s rights and minority rights were topics of such discussions. Megalogues involve millions of members of a society exchanging views with one another at workplaces, during family gatherings, in the media, and at public events. They are often contentious and passionate, and, while they have no clear beginning or endpoint, they tend to lead to changes in a society’s culture and its members’ behavior.