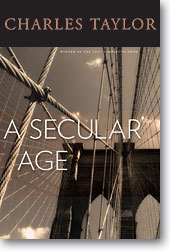 According to Karl Marx, by 1844 the criticism of religion—the ‘premise’ of all social criticism—was ‘essentially complete’. A hundred and sixty years later, Edward Said endorsed the sentiment in Humanism and Democratic Criticism—though more by way of hope than expectation, given the persistent dangers posed by ‘religious enthusiasm’. ‘Surely’, Said entreated, ‘it must be a major part of the humanistic vocation to keep a fully rounded secular perspective’. For today, it is routinely doubted that secular criticism can offer a ‘fully rounded’ perspective on our contemporary predicament: either some intrinsic religiosity must be included within a more spiritually expansive humanism, or else materialists will have to accept that their work will never be complete.